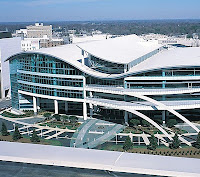 Cities are hot spots. Their paved surfaces and dark rooftops absorb energy from the sun, which creates localized areas of high temperatures. These hot roofs and blacktops collectively create a blanket of retained warmth in a city, raising temperatures an annual average of about 2-5 degrees Fahrenheit. This phenomenon (known as the urban heat island effect) can have huge impacts on energy use and even health in the warm months, almost like wearing a city-sized sweater on a hot day in July.

As cities become focused on reducing energy use and costs, this inherent increase in temperature is seen as an important target. Combating the urban heat island effect has become an official imperative in cities across the county and all over the world. There are various approaches to fighting the problem, but the primary methods are to plant more trees and make roofs reflect rather than absorb heat.

"Million Tree" campaigns have been launched in cities like New York and Los Angeles, and Phoenix recently approved a Tree and Shade Master Plan to increase the city’s tree canopy to cover 25% of the city over the next two decades. And while trees can help bring down temperatures, new research suggests that it might make more sense to invest in white roof coatings.

In a study recently published in the journal Building and Environment, researchers from Yale University show that the cooling effect of tree cover and other vegetated areas is far outpaced by the cooling achieved through reflective roofing. By analyzing satellite imagery of the city of Chicago from around 1995 and 2009, the researchers found that the parts of the city that had increased their reflectivity show greater reductions in temperature than areas that increased their vegetation.

"That might be contrary to the established view the field has," says Chris Mackey, lead author of the report who started the research as an undergrad studying architecture at Yale. That’s not to say planting trees is a bad method - it’s just not as good as making a rooftop more reflective.

These findings, co-produced by Mackey and a team of researchers at Yale’s Center for Earth Observation, add extra validation to efforts by Chicago, which in 2008 implemented an ordinance requiring most new roofs and roof renovations to be constructed using reflective materials. The program is implemented through the city’s energy conservation code, which passed in the early 2000's.

This study offers at least some data on how well that program is working. The city’s Department of Buildings doesn’t have any hard figures on how many reflective roofs have been built or installed, but Mackey says the satellite imagery he used shows parts of the city with huge swathes of white. One neighborhood had an estimated 80% conversion from black tar roofs to reflective surfaces, and Mackey says the observed temperatures in that area dropped at least 38 degrees. Another collection of warehouses with reflective roofs saw drops of at least 41 degrees.

What conspicuously did not show any significant signs of cooling are the city’s famous green roofs. Because the vegetation of these gardens is at such a low density, it hardly registered in Mackey’s analysis. Not even the well-known City Hall green roof exhibited cooling power.

"The green roof is barely doing anything in comparison to the tree, and the tree is barely doing anything in comparison to painting a warehouse roof white," Mackey says. "I don’t want to discredit green roofs as not potentially a good thing at all. But it would take a lot of money and effort to get a high enough density of vegetation to start cooling things down."

What takes less money and effort is the reflective roof approach. The EPA estimates that "cool roof" coatings and membranes like those from Conklin cost about 5-20 cents more per square foot when compared to traditional roofing methods. A 10,000 square foot roof might cost about $4,500 to coat with reflective roofing, while a similarly sized green roof could cost upwards of $150,000.

"If you were trying to develop a heat island strategy, reflective roofs would be the easiest and most effective," Mackey says.

Green roofs and planting shouldn’t be ignored, but Mackey suggests that the reflective roof approach would be a good way to make dramatic changes quickly. "Once you reach that capacity, then you could start to focus on vegetation increases," he says.